There are few things in this world that gives my soul fulfillment like dance does. Music feeds my needs too, but music to me is meaningless without a moving visual. Even when it seems I’m only listening to songs my mind is, without fail, off on a tangent, vicariously living a fantasy in dance for those specific tunes. During my teenage years, I would, very discreetly, learn choreography just by watching some of my favourite dance videos and mimicking their moves.

Aal Thottha Bhoopathi song from the Tamil movie Youth (2002). Yes, I learnt this choreograpy! Gif made with Giphy with video from YouTube.

As a child, I had a strong affinity to Indian classical dancing and was almost enrolled in bharathanatyam classes but when the day came, the dance teacher told my parents that I was too young. For unfathomable, enigmatic reasons, I never made it back. It wasn’t my parents’ fault. I was enrolled into martial arts instead, specifically Tae Kwon Do (TKD). I would progress in TKD right up to a step away from a black belt, then drop out. Twice! From ages 8 (or 9) to 12 I would progress right up to a black belt and then give it up just before being evaluated to earn that coveted milestone. Picked it up again at 17 on my own free will, worked myself right up to that same level, and then dropped out when I was 19. Never mind the absence of the black belt, I can still beat you up if you attack me!

Bharatanatyam, clip taken from documentary Phantom India (1969) from YouTube. Gif made with Giphy.

There has and never been regret learning martial arts.

Anyway, during my first and second years in university I would put my aptitude for choreography to good use and become one of the most exciting male Indian dancers to come out of the university during my time! I would eventually appear on TV in an Indian dance competition and the irony was, I was studying for a bachelor’s degree in Biotechnology. It made up for all the missed opportunity in my adolescence. However, learning Indian classical dance would only come to fruition during second year of university when a friend introduced me to my very first dance teacher. Through him, I learnt the fundamentals of odissi dancing; my ultimate calling, something which would become very close to my heart. I would also go on to perform extensively, in important events and programs and even choreograph a couple of performances and competitions (and WIN!). It was through him that I learnt that there were eight distinct forms of Indian classical dance (odissi, bharatanatyam, kuchipudi, kathak, kathakali, mohini attam, manipuri, sattriya). His name was Ravishanker and yes, that implies he’s now the late great Ravishanker.

This picture belonged to him. That was him in the middle.

After graduating my Bachelor’s degree, I came back to my hometown (Penang) and about a year and a half later, I enrolled into an Indian performing arts institution called Temple of Fine Arts to learn, yes, you guessed it, odissi. Being back in Penang initially was rather depressing because it felt like I left a big chunk of myself back in my alma mater. It left an abyss in my being I could not fill and a deprivation I could not comprehend. In my part of the world, discussion about depression and mental health is in its infancy. For a long time, depression was viewed as a fault, not caused by anyone or anything but brought upon by the victim on him/herself. And as difficult it is for me to admit that I was almost a victim, odissi swooped in and solved that for me, silently, effectively and seamlessly. This endeavour took me all the way to Sri Lanka in 2013 to perform for our founder’s birthday celebration; an annual international affair involving representatives from USA, Australia, Malaysia, Singapore and even India. Our team of four (me being the only guy) received praises!

This is a collage I got from a friend but the original pictures in proper definition is available on the artists Instagram page below (https://www.instagram.com/p/Bs5bkbTA-cA/)Would love it if you could visit their page. If not follow, at least drop a like… Thanks guys!

All this would come crashing to the ground in December 2013 when I sustained a knee injury; a tear in my left meniscus. By then, I had already gained substantial weight due to my masters thesis writing. This injury did nothing but worsen it. By the time I had recovered enough to walk without crutches (about 3 months later) I was already 30 kgs (approximately 67 pounds) heavier than I was when I performed in Sri Lanka. Losing odissi to the knee injury, inadvertently plunged me into the very chasm it pulled me out of leading to some self destructive habits. I thank God and my lucky stars that I didn’t fall down too hard into something irrevocably detrimental.

What would pull me out of it was a series of unfortunate events AND, eventually, BLOGGING. With a Masters degree in 2015, no odissi and aimlessness stemming from indecisiveness to either work or pursue a doctorate degree, I NEEDED purpose, I NEEDED passion and I NEEDED fulfillment. YouTube was what first put this idea into my head. Before the whole brand of satisfying videos compilation on the Internet I already realised what watching makeup tutorials did to me. Makeup, the application, seeing how colours blend into one another regulated my heartbeat and blood pressure. And if someone slayed a wing liner…….. just consider me enjoying a feeling better than orgasm (I AM NOT JOKING!). What evaded me all those years was the fact that I’ve done it and could probably do it a lot better than a lot of those videos I keep watching. The light bulb would go on in February 2015 and FiercePaint was born.

When I first started, I was walking into it completely blind; what platform to use, what good layout was, how to photograph products and edit them. It was like learning a whole new language with no one to teach me. Videos were far more unattainable than just writing so a blog just made more sense. To be honest, I am still learning to this very day. Sometimes I feel like it never goes anywhere.

My first review is still there and believe it or not those pictures were shot with a DSLR! As bad as it is, it will always be there, as a reminder of how far I’ve come.

Throughout 2015, I had to keep tweaking my writing several times over to get to a place where it would be comprehensible to me first. To top it off, my blog layout didn’t make sense AND I had an unreasonable posting schedule! I would also make the idiotic decision of initially NOT sharing my posts via social media. I had an agreement with myself to only do it when I complete publishing a substantial amount of content (BIG MISTAKE!).

In spite of all this, blogging was the next best thing that would happen to me after odissi. So, I am grateful everyday that I get to do this!

Right now, I can’t imagine not being able to call myself the following;

So when I say, I thank all of you from the bottom of my heart when you like, comment, engage and appreciate my reviews, you have no idea, NO IDEA, how deep that gratitude runs…

4 thoughts on “How Blogging Saved My Life” 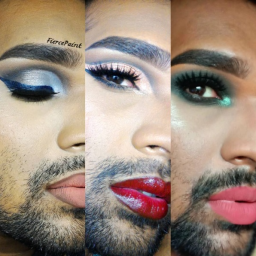